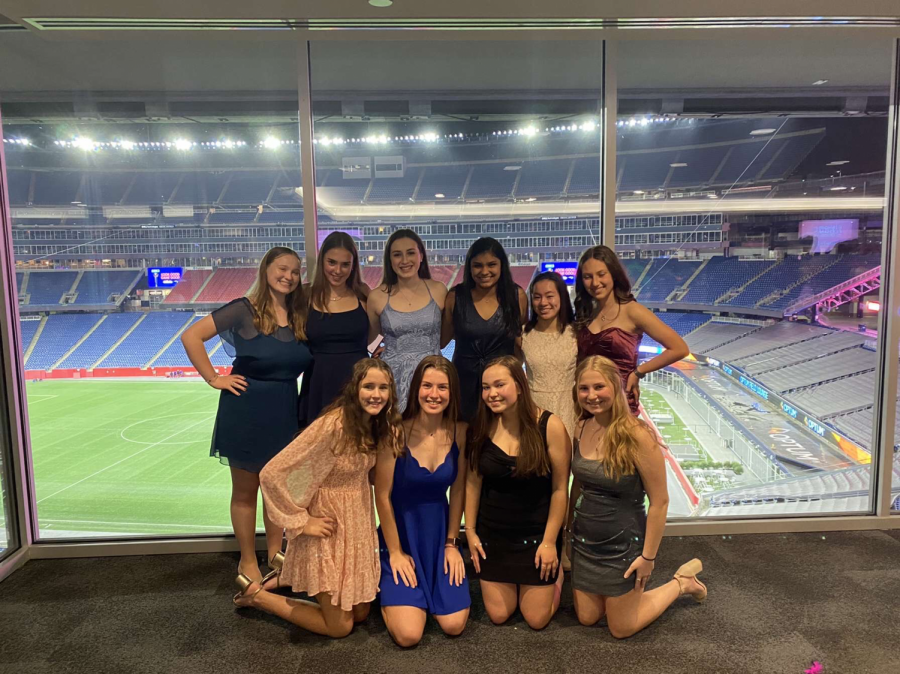 One of Bishop Feehan’s best traditions returned this year following a one year hiatus due to COVID. The Father Daughter Dance has been one of the most anticipated and attended events that Feehan puts on, and everyone was excited to attend it once again. In the past, this dance was held at the Venus de Milo in Swansea, which closed in 2020. This year it was scheduled to happen at Rhodes on the Pawtuxet, until a last minute change led to people dancing the night away at Gillette Stadium.
Holding the Bishop Feehan Gala and Prom, Gillette has become a Feehan favorite and did not disappoint on October 29. People started off their evenings with professional photos, followed by a delicious meal. Then the representatives of the freshman, sophomore, junior, and senior classes were announced and dancing began. The DJ played songs that appealed to all, the dads and the daughters, and the dance floor was packed the whole night.
To take a break from dancing, many visited the photo booth that is available at so many BFHS events. People picked out props and signs to pose for funny poses with their dads and friends. These photos created such a unique memory. At the end of the night, everyone started to go home, exhausted from a lot of dancing. Having missed out on the Father Daughter Dance last year everyone was happy to get this tradition back up and running. The 9th and 10th graders were introduced to the night, while the 11th and 12th graders were reminded of it. The Father Daughter Dance is something that will continue to be looked forward to by all, no matter where it may take place.